My second week with stitch shibori

Hei, here Eke again with the results of the second week with stitch shibori.
As you have seen in the presentation of Nienke, Sheila, Marsha, and Yvonne we do curved lines this week.

I did my six swatches, and an experiment, that gave me a lot of problems. 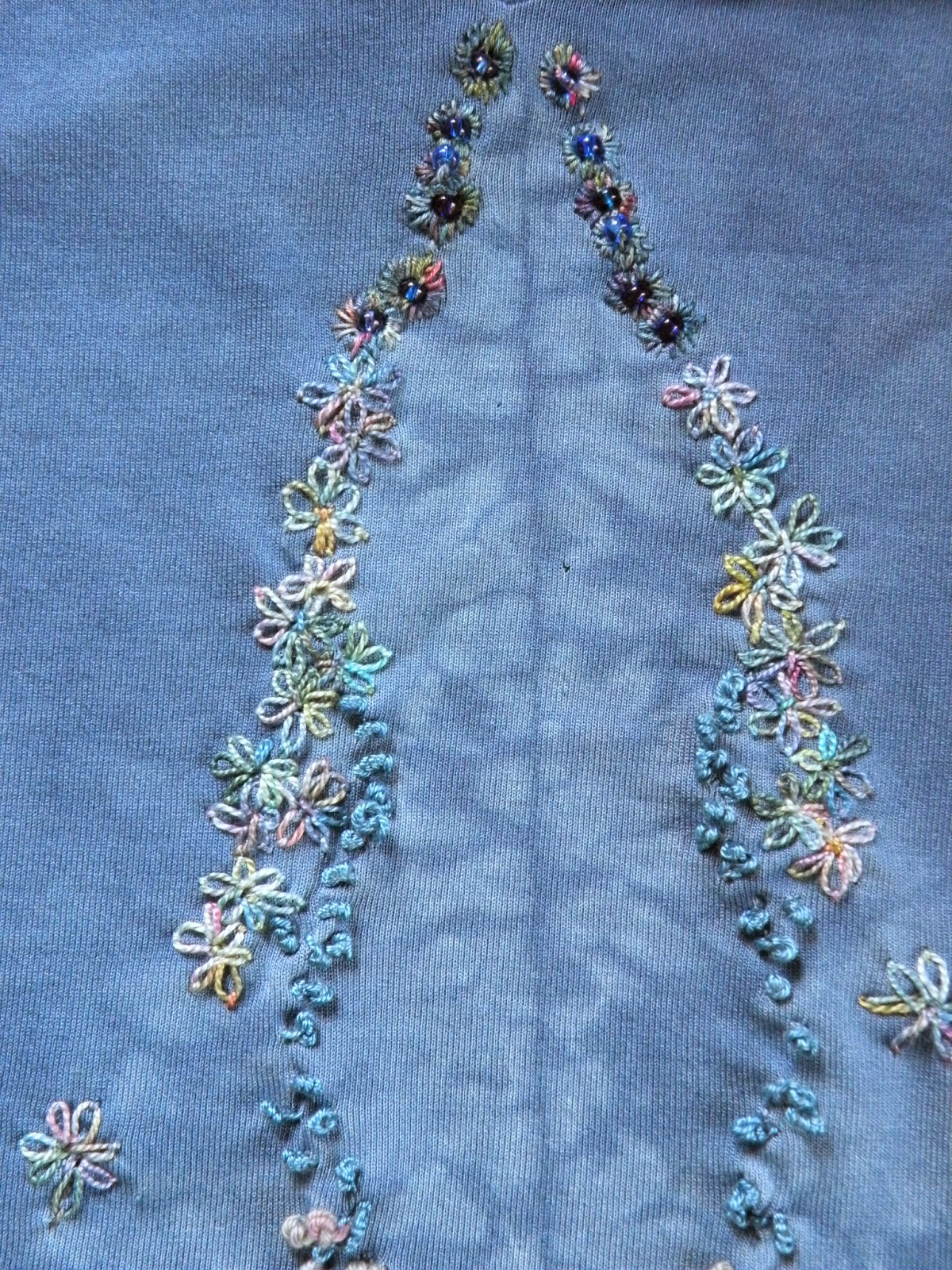 First the swatches. I used the same linen blend as in my first post from last Tuesday.
At the end it has to become a quilt, at least, that's what I think now.
Since I had problems with the threads last week, I changed that to a double thread of quilting-thread.
That worked much easier, so I decided that this would be my thread for the rest of the project.
Again I used the Procion MX to dye with, this time with the colours turquoise, onyx and citrien,  in a rate of 60/20/20, 40/40/20 and 20/60/20% . The swatches were in the dye-bath for 4 hours.
And I worked on folded and double folded fabric. 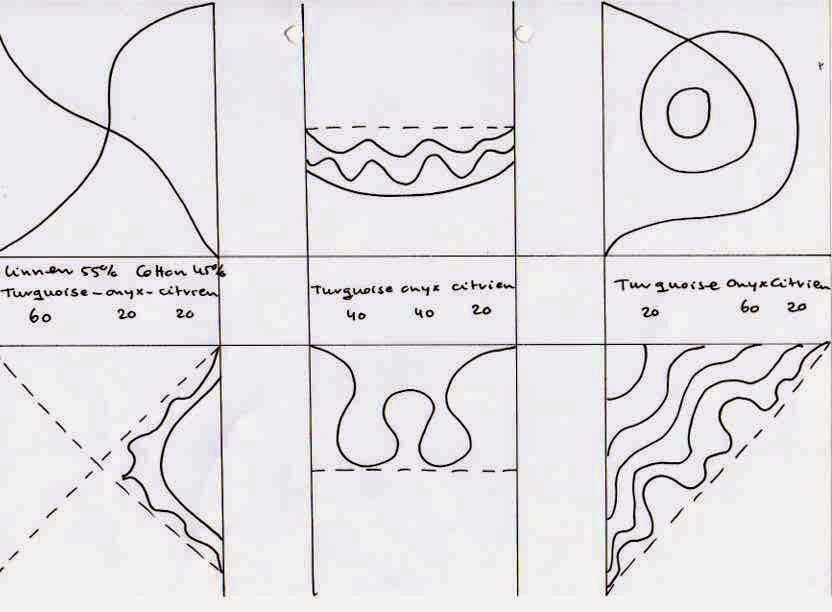 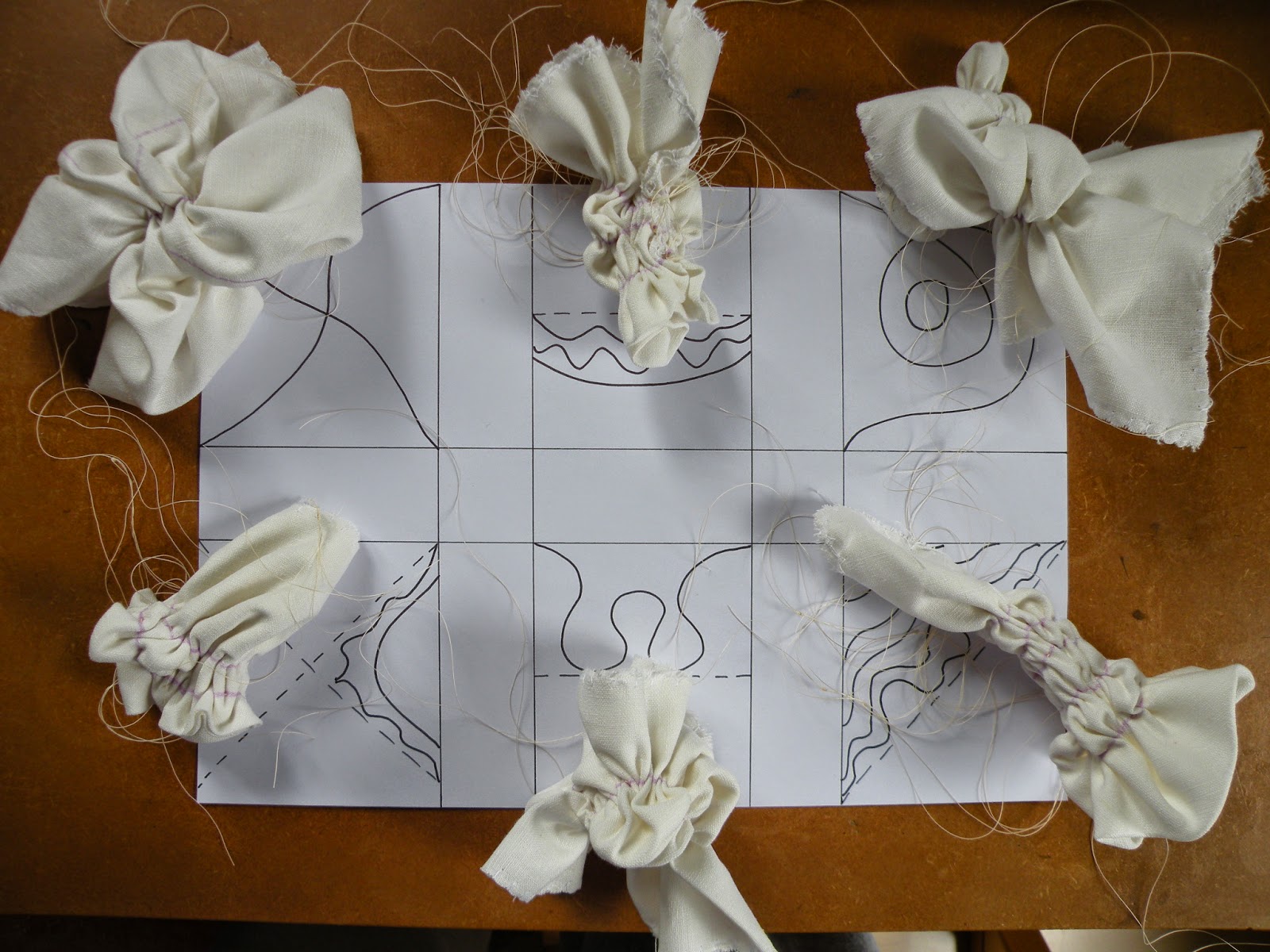 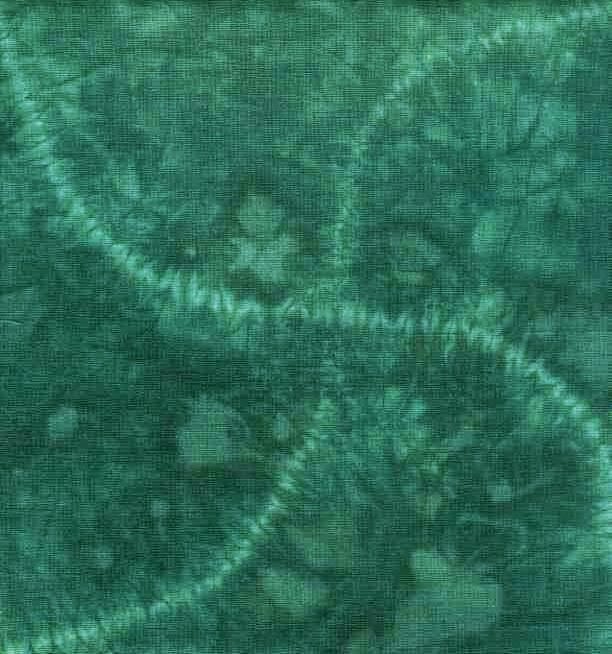 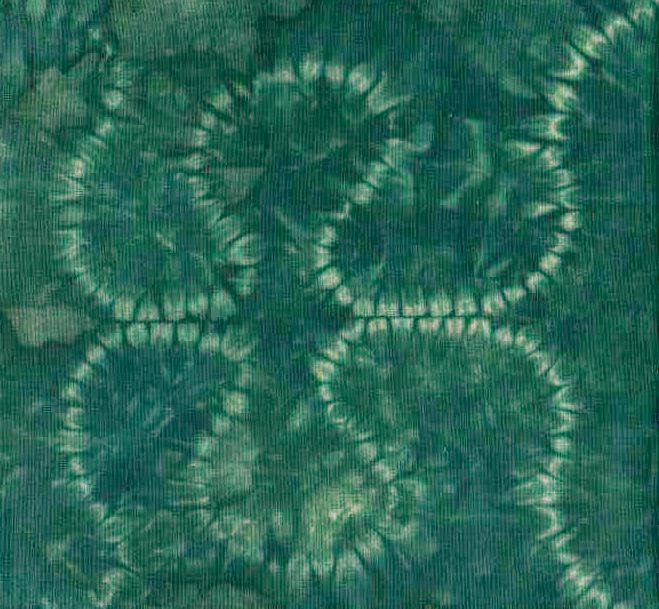 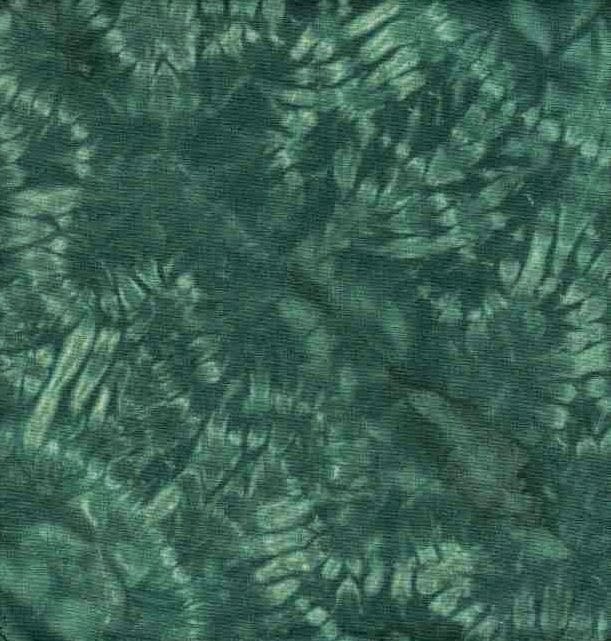 There is a lot of movement in the swatches, I think because of several reasons:

1. I don't use PDF fabric and put the soda ash directly in the dye-bath.
2. It was in the dye-bath for 4 hours only, maybe that was to short.
3. My hands and thread are not a good combination, we have trouble making knots, so it is not always tight enough.
4. I don't put my swatches in the water before dyeing.

But anyhow, I was very enthusiastic with the results, and decided that I would dye a t-shirt with these curved lines.
Recently I bought a couple of t-shirts, with the meaning of dyeing them in different techniques, so this was a good point to start. 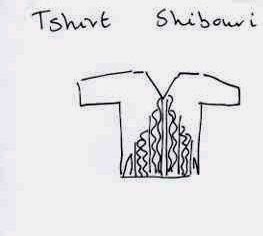 I folded the t-shirt and stitched the curved lines with my quilting-thread. 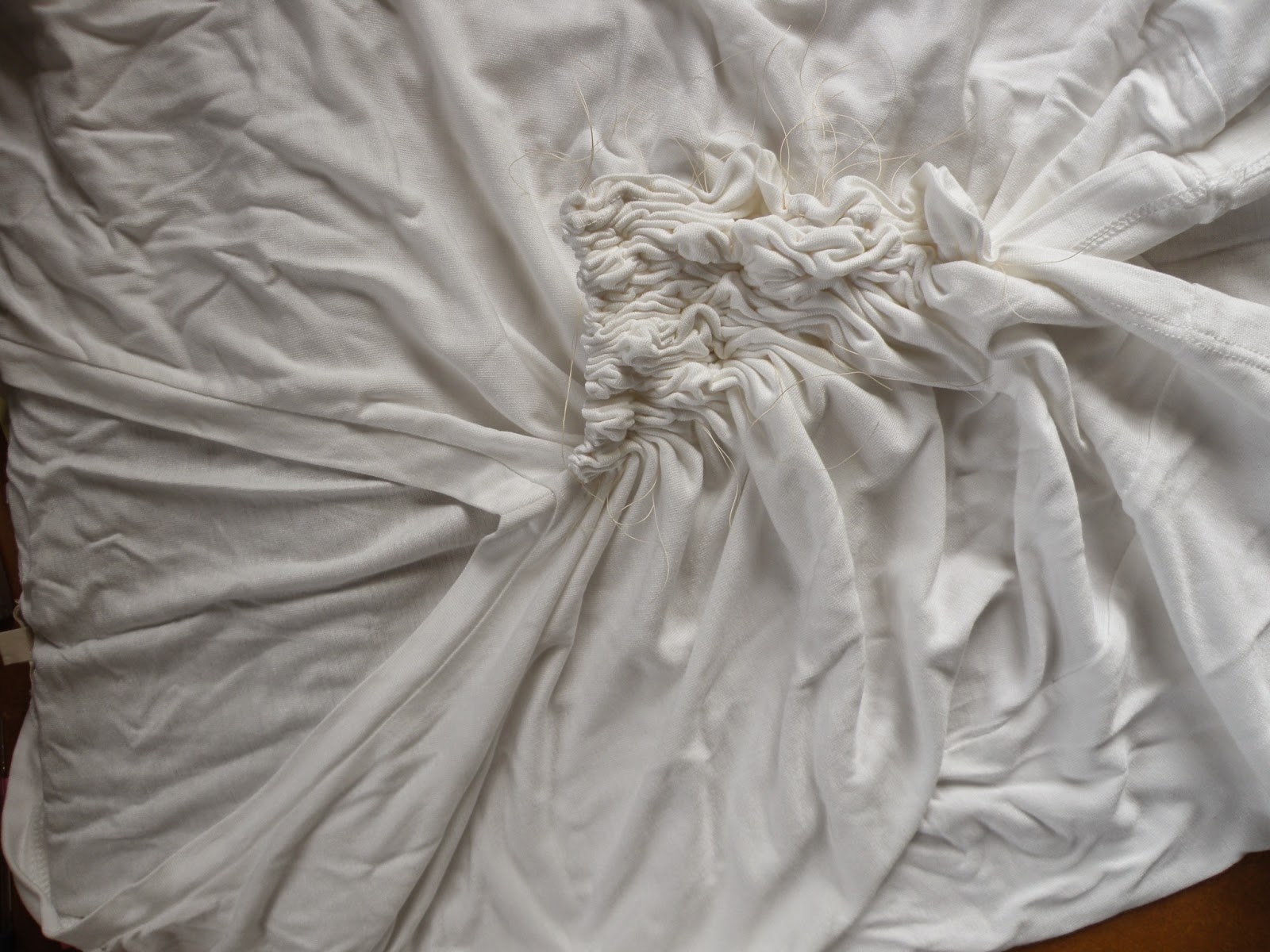 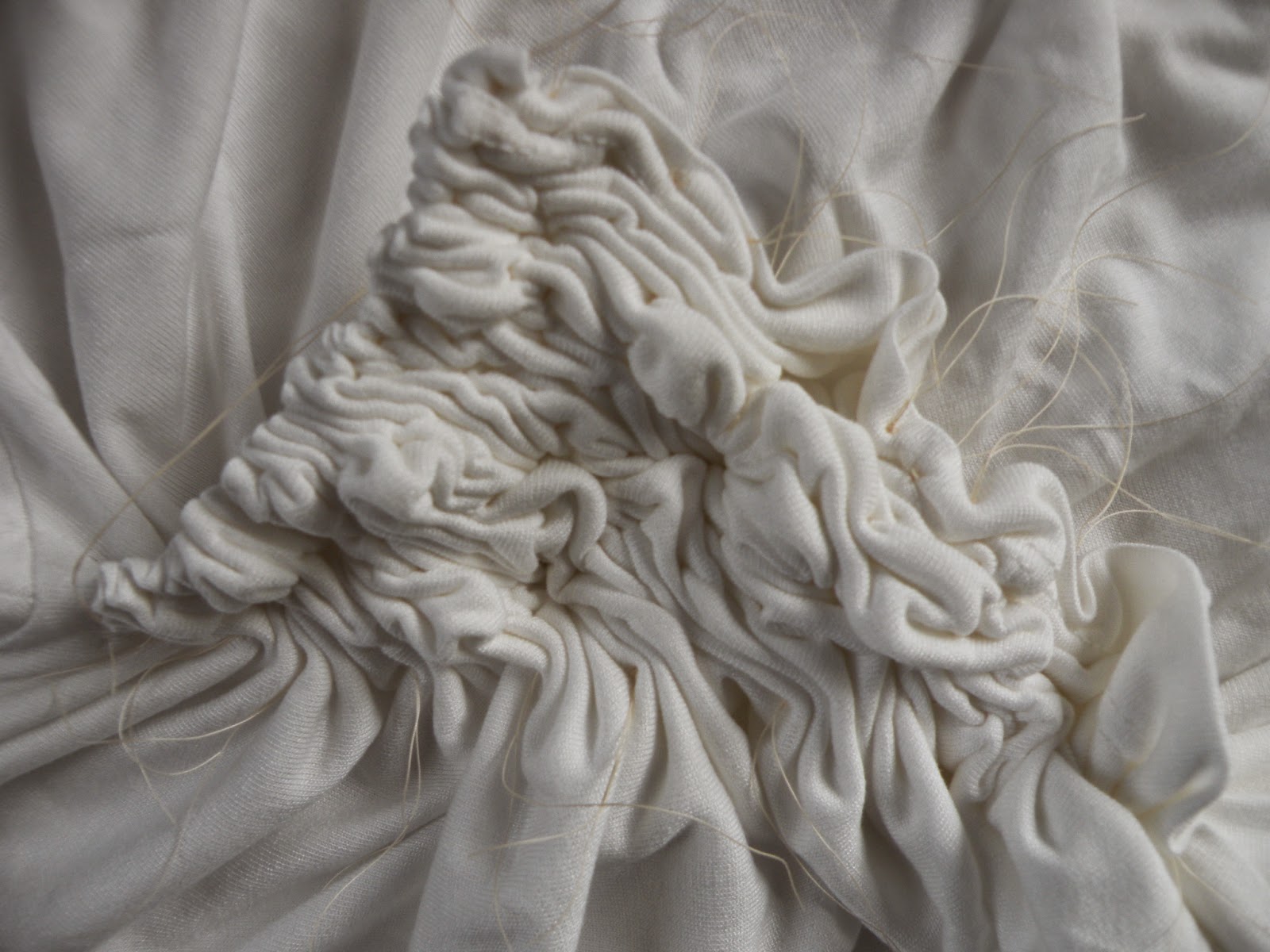 At this point, everything was fine. Now the dyeing. I decided I could use a blue t-shirt, but not to dark.
I mixed the colours and made a 80% dye-bath. Put the t-shirt in, and let it stay for 24 hours.
I started rinsing out the paint, but the longer I washed, the more colour fainted.
And then i realised, that it was a viscose shirt and I used the cotton method of dyeing. Immediately,  I threw away the water, and put the shirt in vinegar, that worked. Pffff.
Later I wanted to get the threads out, that gave another problem. They didn't want to come out of the fabric. The result was a t-shirt full of holes, that I most wanted to throw away. But I didn't. I searched for my pearls and silk threads, and made a nice shirt of it. Again I learned a lot. 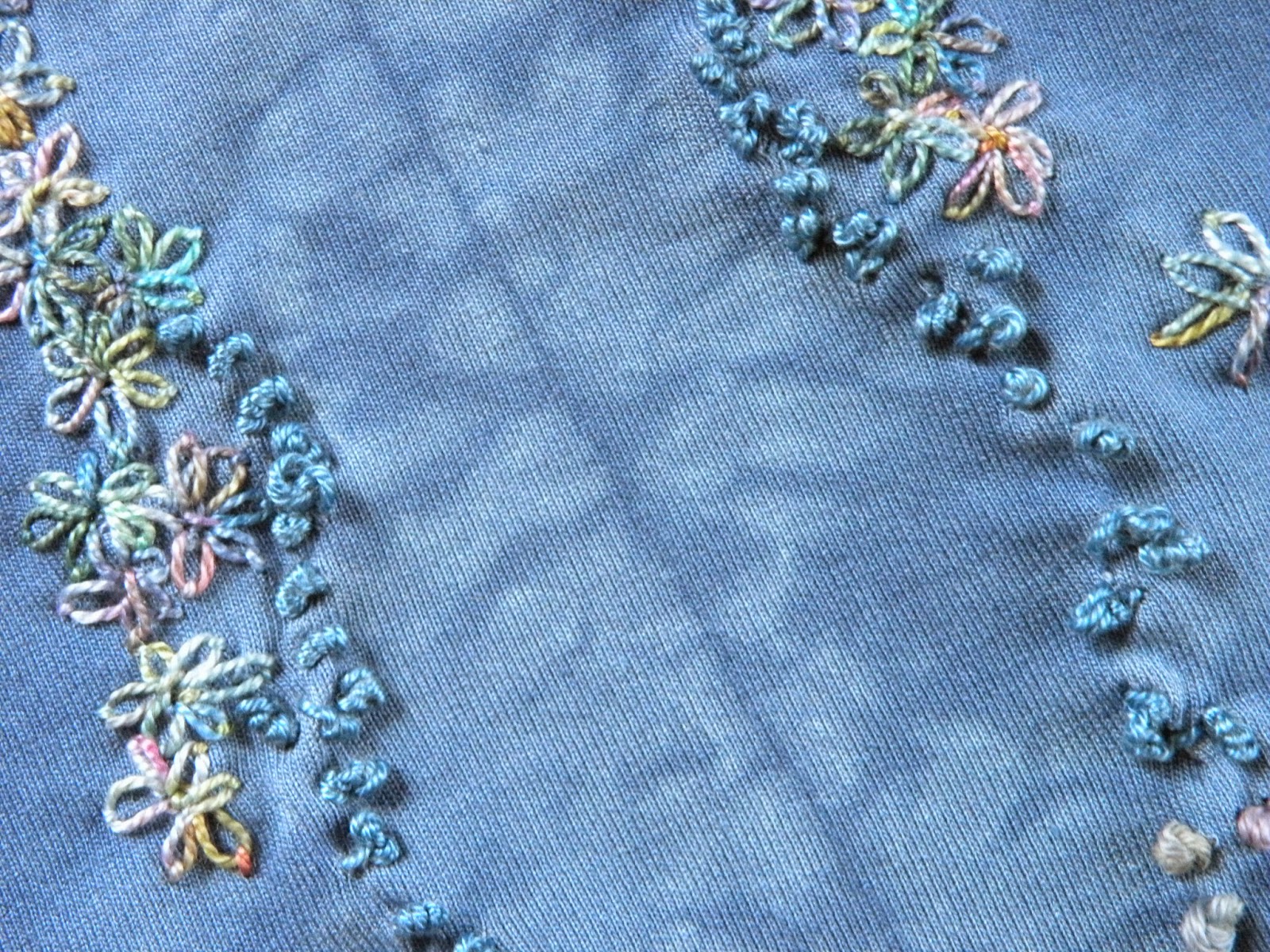 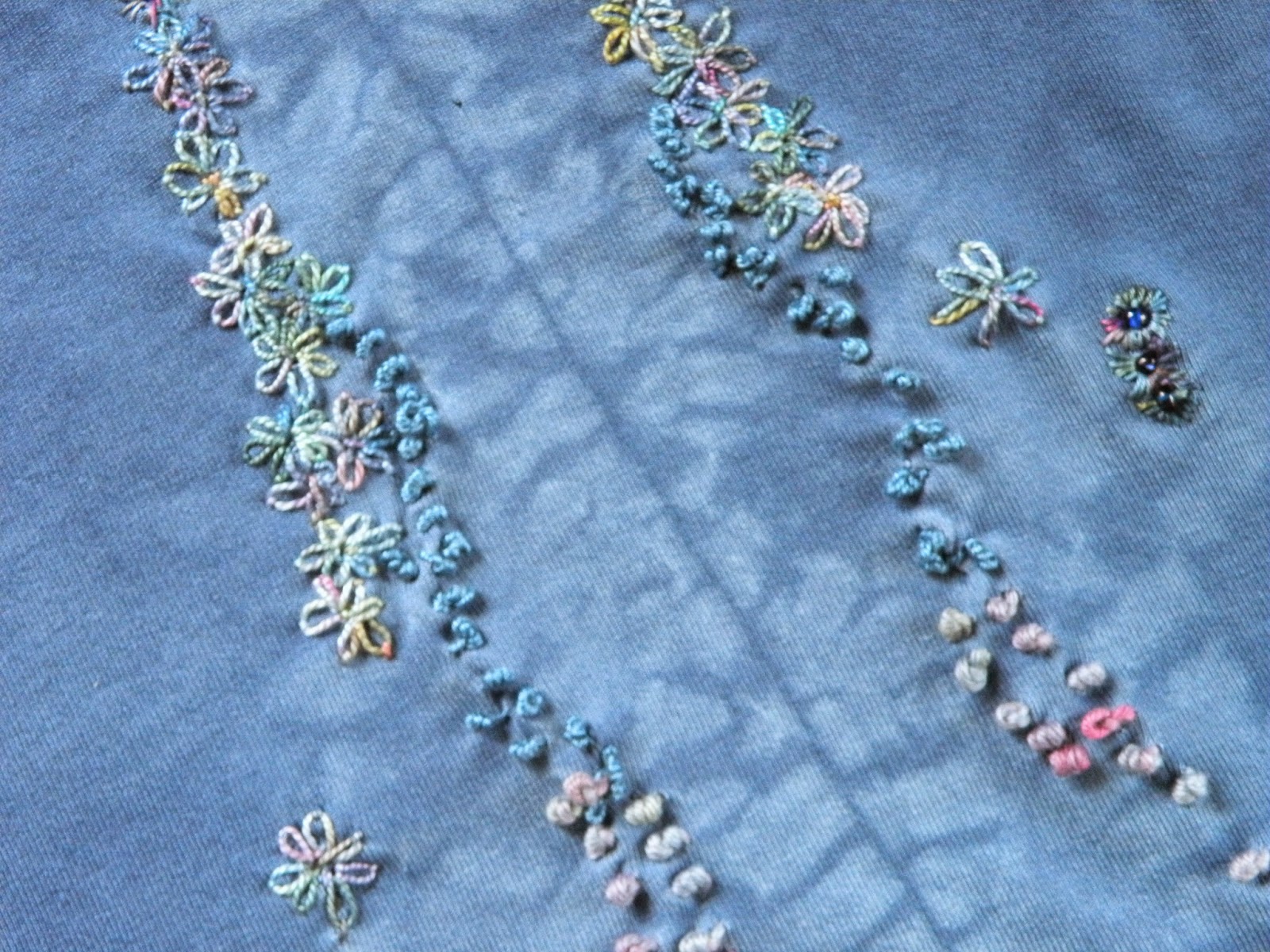 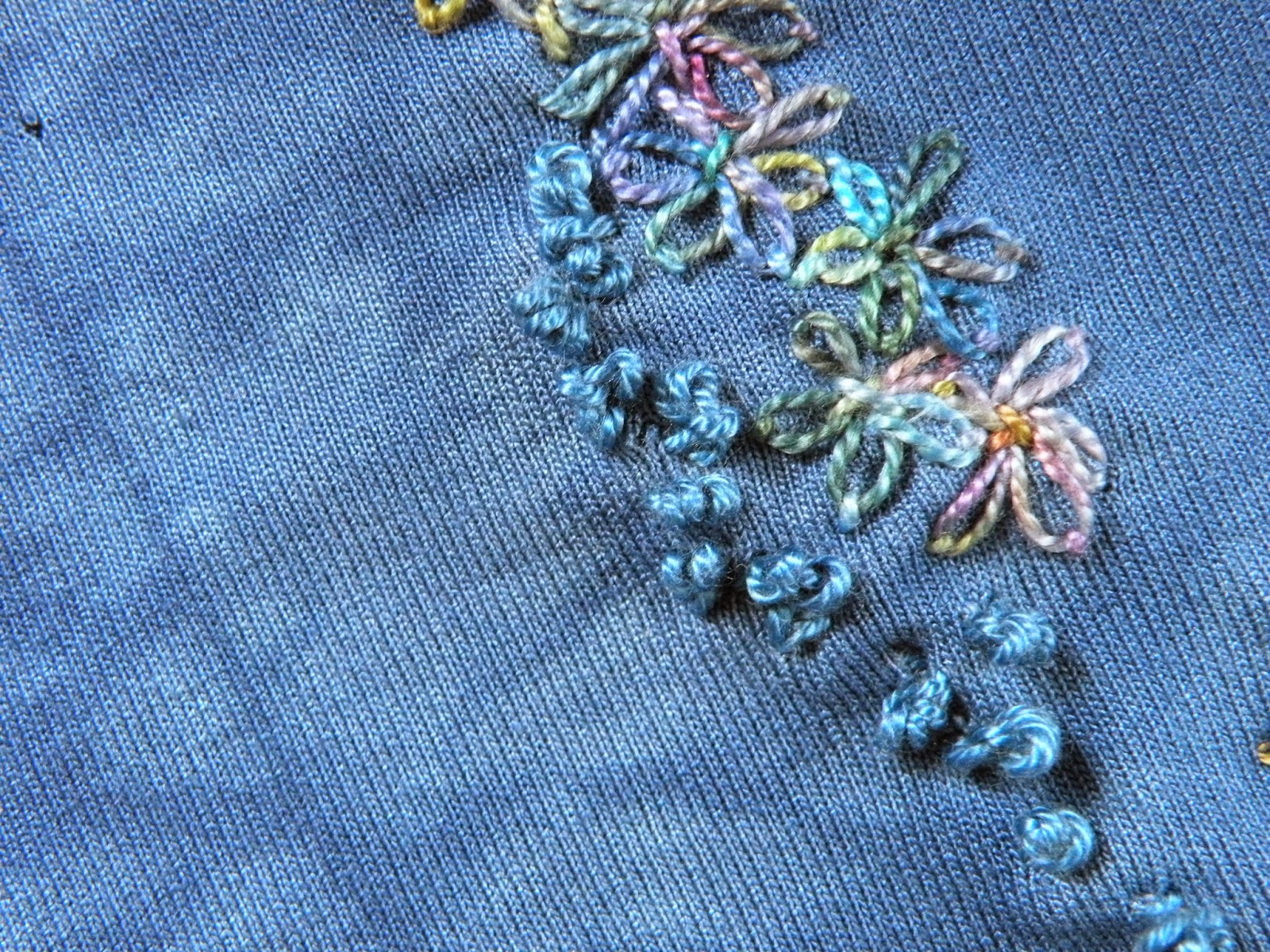 Next week the parallel lines, another adventure.
my blog: ekeskleurdesign
Posted by Eke at 4:32 AM