I was working on some shibori fabric a couple of weeks ago as part of an on-line shibori workshop, and decided to parfait dye it. Here is a picture of a piece all stitched up (it was about 24" wide x 44" long). I put it in a large glass jar and poured Periwinkle dye over it. 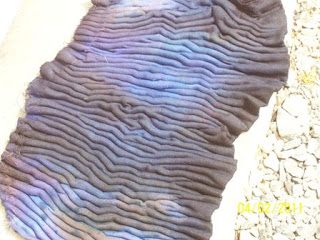 And here it is all unstitched (one picture with flash, one without): 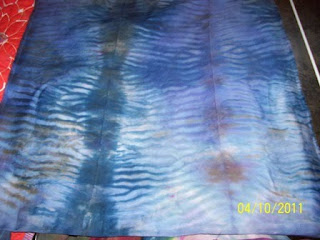 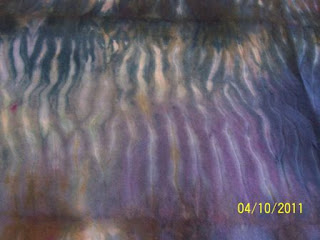 For the second layer, I put in another shibori piece that I stitched circles on. I put some fuchsia dye on the circles, then I poured on some Khaki colored dye onto the whole piece. 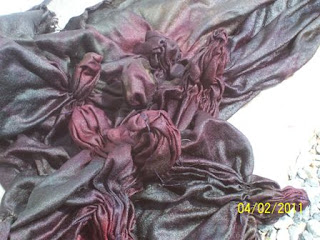 Here it is with the stitching all removed. 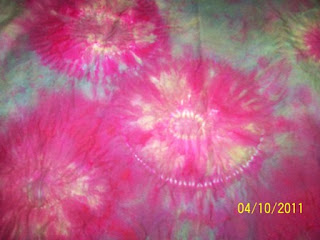 And here's a picture of the top layer, I just tied some glass globs in randomly on a small piece, and poured the rest of the fuchsia over it. 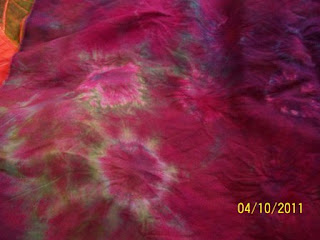 I think I used too much dye for all second and third layers. If I try this again, I'll use less--since I already had some mixed up, I added the soda ash/salt water mixture to it as Rosalita suggested in her directions. Just used a little too much of it.
Posted by Laura at 6:45 PM