I finally had a chance to try parfait dyeing. I really enjoyed doing it; it was a simple process. I think the outcome would have been more varied if I had used more colors of dye. I just used what I had left over from another dye session—red, a small bit of fuchsia, two blues, and a yellow. The blues were VERY similar. I used two fat quarters of PFD fabric and some of the pieces I had worked on when we did the soy wax resist. ( I just wanted to see what they would look like with this parfait dyeing.)
These are some of the fabrics I started with... 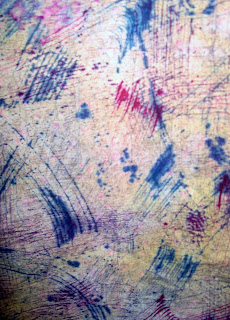 This was a "wipe up" cloth with brush strokes from my dye-mixing brush from my last dye session. 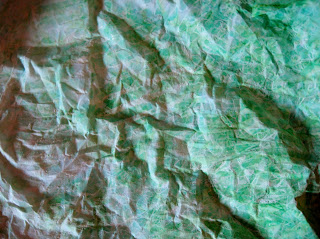 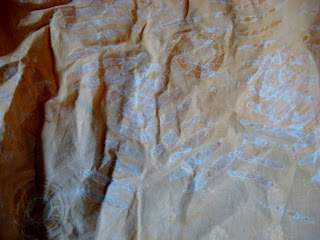 The two fabrics above are from the soy wax resist session. In addition to these, I had two fat quarters of white PFD fabric, a piece of off-white gauze with circles on it, and another piece of soy wax resist fabric.

Here is what they looked like in the containers... 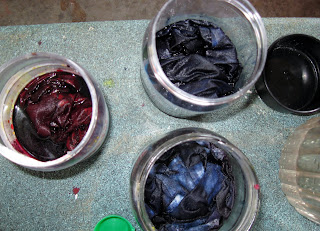 On the left--red/fuchsia and blue; top right--the two blues; bottom right--yellow, red, then blue
I used yellow, red, and a blue for these… 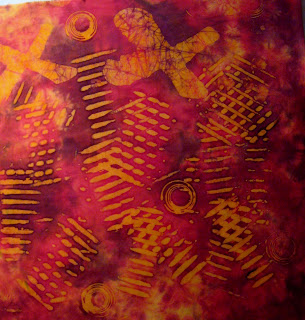 This was the orange, soy wax resist piece. 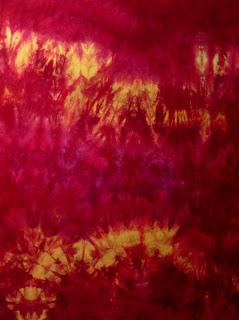 This was a fat quarter of PFD fabric. 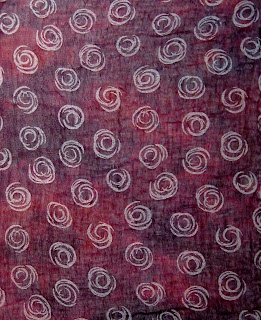 This started as off-white gauze with circles.
I used red with the little fuchsia I had, then I added a blue to it for these… 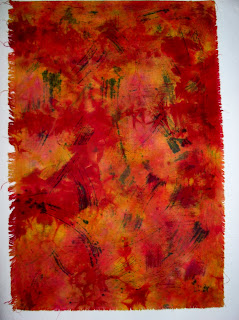 This was the "wipe-up" cloth.

This was another piece of the soy wax resist fabric.
I used the two blues for these… 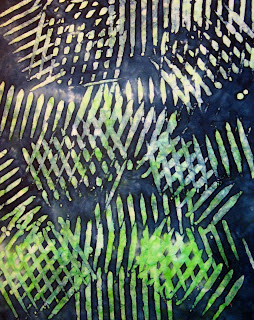 This was the green, soy wax resist fabric. 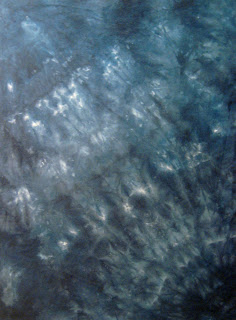 This began as a fat quarter of white PFD fabric.
I liked doing this, and I like the outcome. I think I'll be doing this again.
﻿
Posted by Quilter Beth at 12:43 PM