Saturation can also be called a colour’s intensity  and it refers to the relative purity of a colour. We can also think of it in terms of week and strong or dull and glowing. The more the colour resembles  the clear, fully illuminated colours reflected in a prism, the more saturated it is. The lighter of tw colours is not necessarily the more more saturated one. In the following two pairs of colours first ist he lighter one (yellow) and than is the darker one (green) less saturated.


When I add white to a pure colour it will be bleached, lightened, robbed of its intensity. These colours are often referred as tints or pastels.Saturation can be done on different ways:


If you’re not so familiar with saturation I suggest to try to mix a five(nine)-step saturation scale:


A colour can be pure or more or less saturated. So what’s the big deal about it?
The answer is a bit similar to what we saw at the value.
Again I prepared three grids:


If you have the time, regard them and write down your impressions in form of adjectives again. Try to collect adjectives with a positive and negative meaning (like serene and dull).

But this perceptions are relative: a muted colour will seem to glow when seen among a group duller colours. This effect of „glowing“ is called inherent light. One would expect that the more saturated a colour is, the stronger the inherent light is. But actually the sensation depends on the relative saturation and doesn’t necessarily require prismatic, pure colours.The effect will appear stronger when the colours are closer in value. 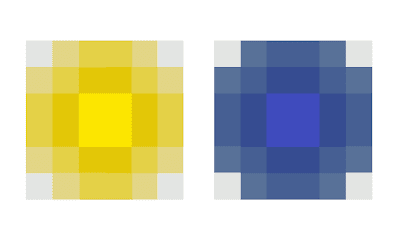 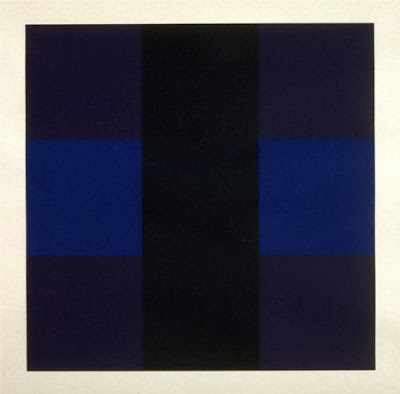 I will stop it here and if you’ve followed my post, take your time to reflect and sort out how the hue, the value and the saturation could help you to support your design. I will sum it up in my next post – along with some examples – and again we can compare notes.