My Try at Ice Dyeing

I finally had a chance to try some ice dyeing.

Here is my set up--I used two small containers (I only show one in the picture.) in which to scrunch fabric and one big container covered with a grid. I placed two fabrics in the big container under the grid and placed the remaining fabrics on top of the grid. Then, I covered the fabrics with ice I purchased at the store and sprinkled the ice with powdered dyes. Here's the setup... 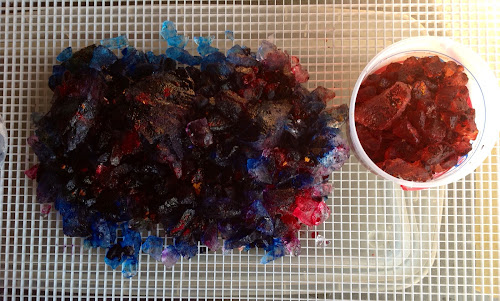 Here are two of the fabrics before dyeing. The piece on the left is a "wipe-up" rag. The fabric on the right is an OLD calico fabric that I really hated. I thought any kind of dyeing could only help this poor "dog." 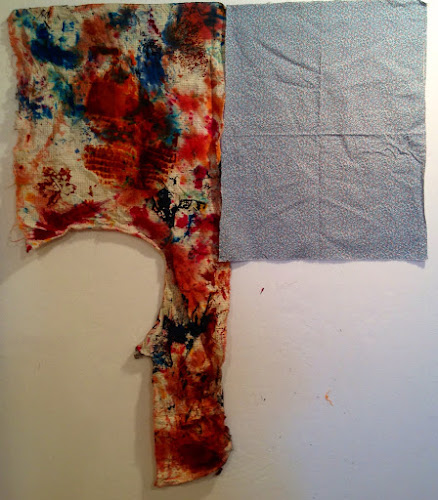 Here is what they looked like after ice dyeing. The fabric on the right was one of the fabrics placed under the grid for dyeing. 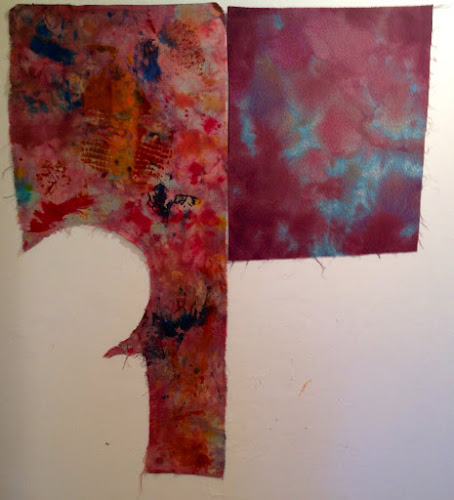 These are some commercial fabrics I wanted to experiment with. 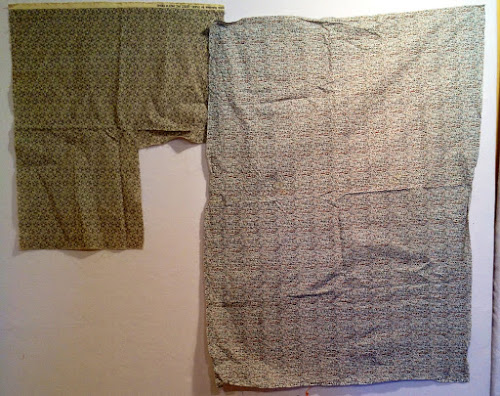 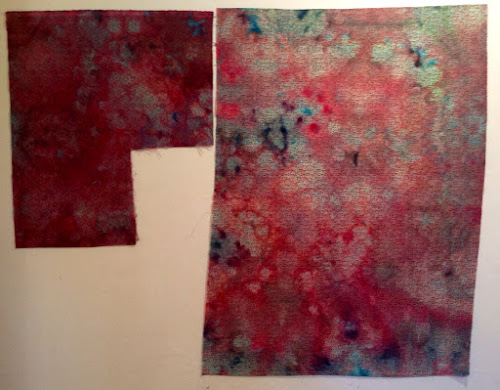 This is a flour-paste resist piece before dyeing. 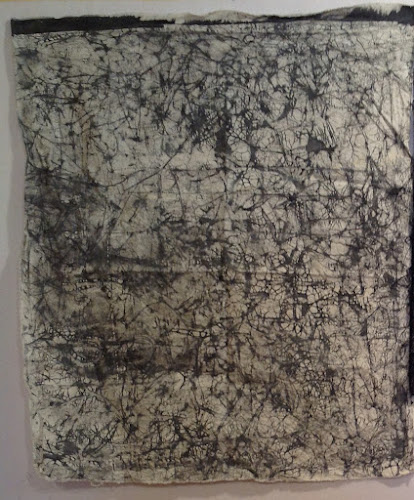 This is after dyeing. This fabric was in one of the small round containers. I used fire engine red, rust orange, and bronze dyes. 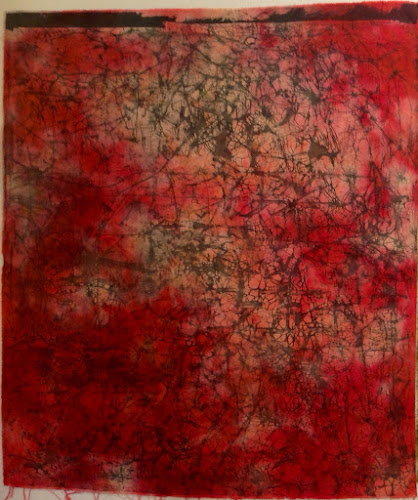 Another piece of flour-paste resist before... 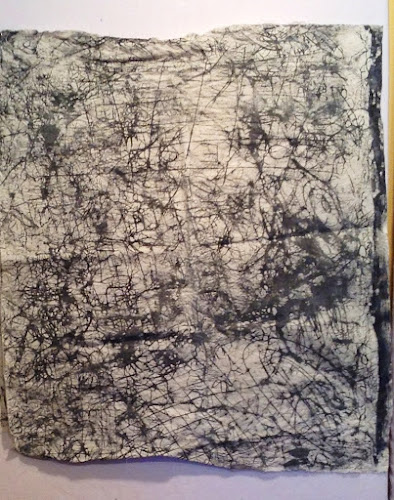 And after... This fabric was in one of the small round containers. I used rust, bronze, pumpkin spice, and golden yellow dyes. 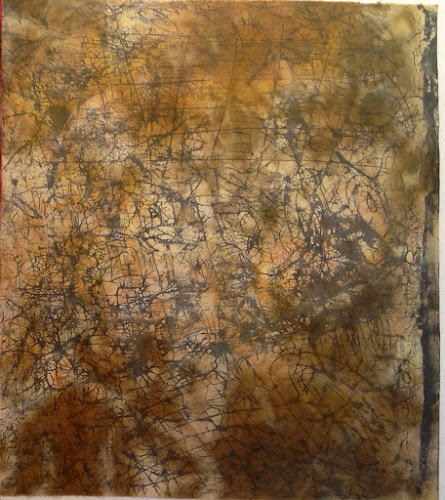 This is the only "plain" piece I dyed. It was one of the fabrics under the grid.

I like the results, but I didn't get that "crystal" effect I like so much. I think there are a couple of reasons for that. I wanted to see what difference it would make to use dry fabric to start with, so I used fabric I had preciously soda soaked and dried. The other reason might be that the ice I used was not really small. There were big chunks of ice rather than small cubes. (I think I read somewhere that that might make a difference.)

Posted with Blogsy
Posted by Quilter Beth at 1:00 AM