This weekend I finally had time to try the screen printing, mostly I guess what would be considered Deconstructed Screen Printing. This is some fabric I started with (I had made it, but wasn't ever really thrilled with it). 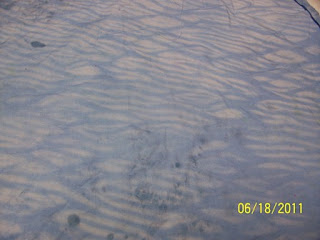 I made several screens with thickened dye paste and a navy blue dye powder. The first one I used was several horizontal strips, which I then used a lemon-lime dye powder in the release paste. 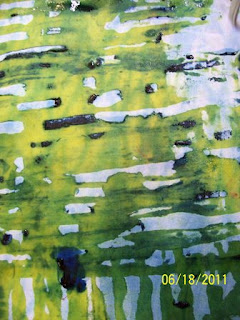 This is the piece after hitting it with the screen until my screen ran out of thickened dye on it. 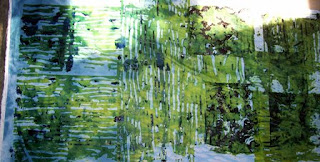 Then, I took a second screen that I had made circles on, and pulled some tangerine colored release paste over that. 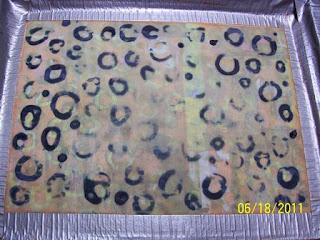 I love the contrast -- the tangerine actually printed out as brown because of mixing with navy blue. 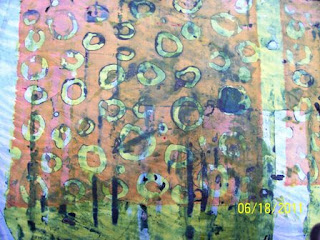 This is a piece of my finished product. 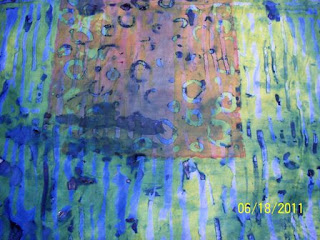 I then tried this process with a new screen on another piece of fabric that I had batiked last summer. I think the color I used here was purple--this is when it's still wet, you can see how dark it still is. 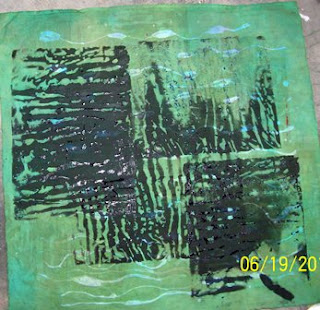 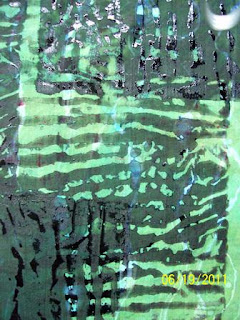 Again, it wasn't too interesting, so I took some fuchsia dye power and mixed w/the release paste and used this screen after the piece had dried for a while. 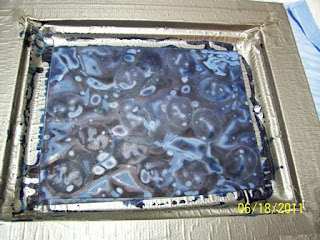 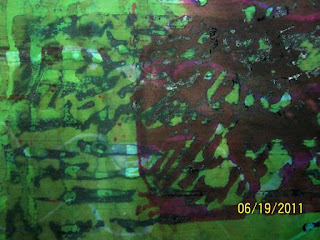 One more little piece with a single screen print on it--I'll have to do another one on top of it. 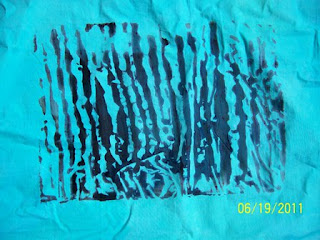 I learned that this process is really pretty easy--and the results are definitely a surprise. When it's hot and dry, like it has been here in NC, you can make several sets of screens a day, as they dry very quickly. As with any process, you get some attempts turning out better than others. I'll definitely use this technique again! I'd also like to learn more about making stencils and templates for the screens, as I didn't try that yet.
Posted by Laura at 9:57 AM